After first going through the introduction and chapter one, we’re going to look at chapters three and six together – chapter two, along with seven onwards, come later when we look at the core prophecies in the book.

These two chapters are very similar, and classic children’s stories about Daniel’s three friends in the fiery furnace (chapter three) and Daniel himself later in the lion's den (chapter six).

There was a long gap between these, and under different Babylonian leaders, but they both have a comparable storyline and lessons to learn.

Put simply, they both show how harsh circumstances lead to a happy (and miraculous) ending.

In actual fact, I have come to realise that these are the ultimate aim and victorious end to the whole book. Whilst we will look at what the prophecies explain to us later, this should lead God’s people to a simple walk of worship and obedience to the Lord through crazy circumstances like these two stories.

And when that happens, God will protect and provide for His faithful followers. He is preparing a people who will be ready for His Second Coming, and who allow him to deliver them through trials and temptations.

Here is a quick overview of these chapters: 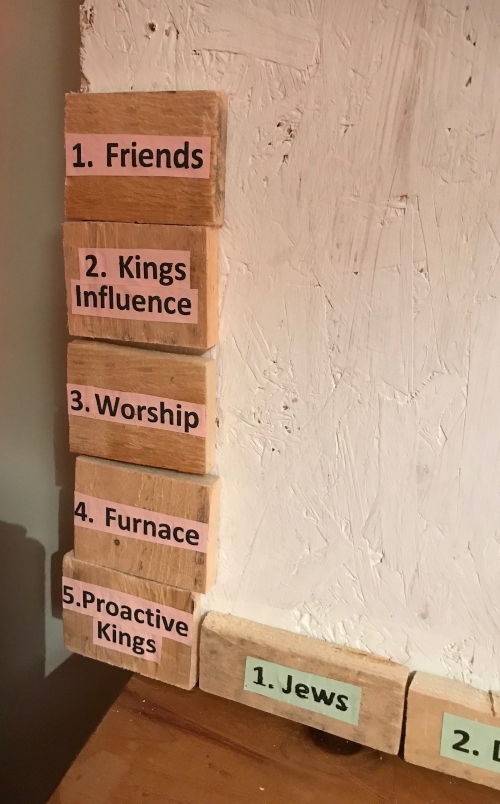 I have highlighted five lessons to learn from these two stories.

Each of these five points has a different angle in each of the respective stories. So, although it’s the same general point, it’s coming out differently for each chapter, apart from the middle and third point that is the same principle for both. 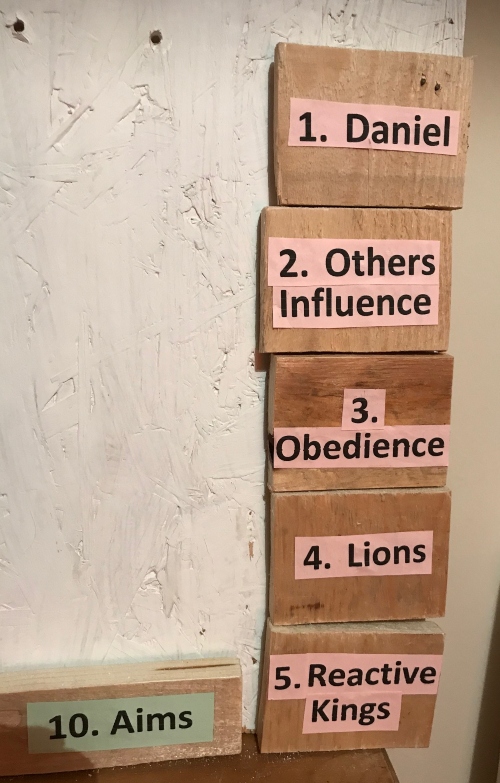 In terms of where these go in the display of this book of Daniel, they form the bottom left and right-hand corners. The five points are then stacked on the left for chapter three, and correspond with the five on the right for chapter six.

Hopefully, this makes more sense as we go through them, so here goes – five lessons from these popular bible stories:

A simple one to begin with; the main characters in both stories.

In short, it’s Daniel and his three friends – Shadrach, Meshach, and Abednego; all now in their forties.

However, they’re different for each story rather than all four staring in both, which can be easily forgotten. 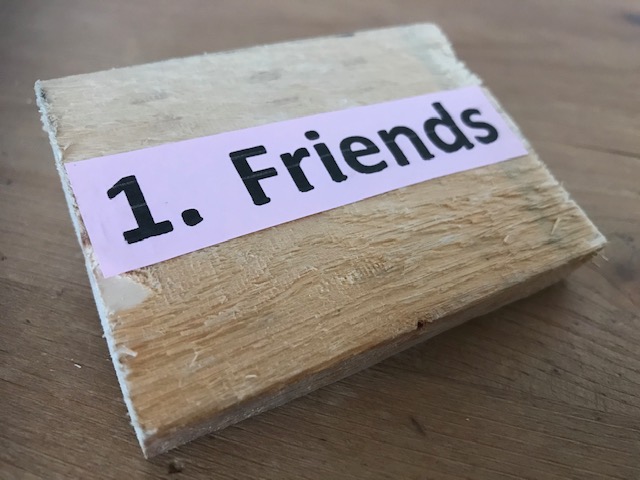 In chapter three and the fiery furnace, only the three friends are mentioned:

“There are certain Jews whom thou hast set over the affairs of the province of Babylon, Shadrach, Meshach, and Abednego; these men, O king, have not regarded thee: they serve not thy gods, nor worship the golden image which thou hast set up.” – Daniel 3:12

The strange thing is that Daniel is not even mentioned here, and yet everyone in the province appears to be present. Maybe he was just away on the king's business somewhere. 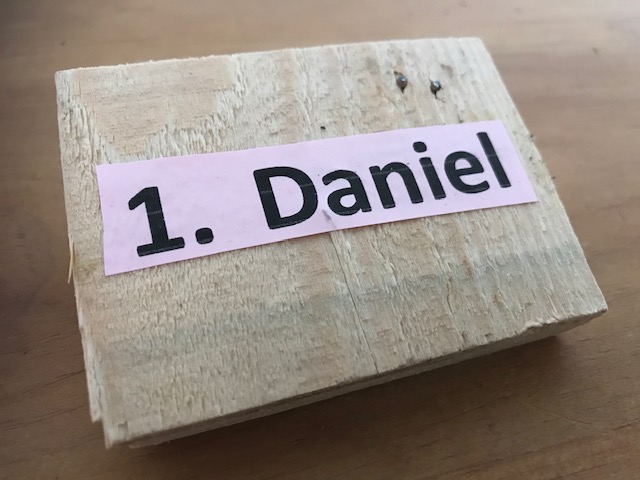 But chapter six and the lion's den is role-reversal with just Daniel in the story, now in his nineties, and no mention of the three friends:

“Then said these men, We shall not find any occasion against this Daniel, except we find it against him concerning the law of his God.” – Daniel 6:5

2. Influence of Kings and Others

Now let’s look at the culprits in the stories – the ones that are against Daniel and his friends, and more specifically their God who they stand up for. 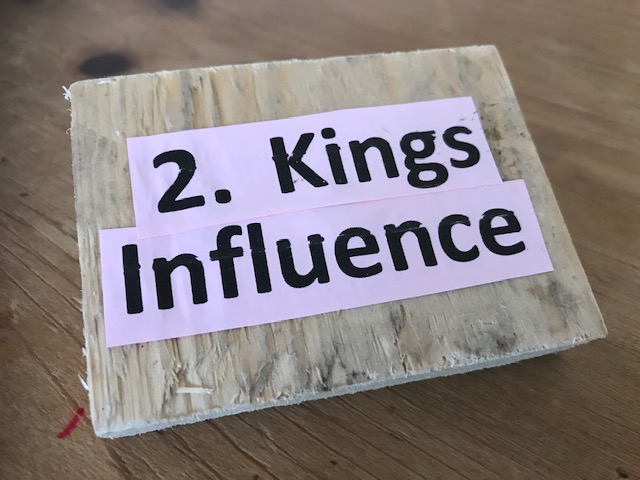 With the fiery-furnace incident, King Nebuchadnezzar decides to have a gold statue built of himself that everyone needs to then worship.

This is a massive 90 feet high and 9 feet wide (very tall and thin), around six miles outside Babylon on the flat plains of Dura for everyone to see. This was a way of uniting the Babylonian kingdom, with around 300,000 people gathered here.

When the music played, everyone must physically bow down and worship this golden masterpiece:

“That at what time ye hear the sound of the cornet, flute, harp, sackbut, psaltery, dulcimer, and all kinds of musick, ye fall down and worship the golden image that Nebuchadnezzar the king hath set up:” – Daniel 3:5

When the three friends would not do this, the king not only becomes angry with them but offers another opportunity for them to do so before threatening punishment:

“Then Nebuchadnezzar in his rage and fury commanded to bring Shadrach, Meshach, and Abednego. Then they brought these men before the king.” – Daniel 3:13 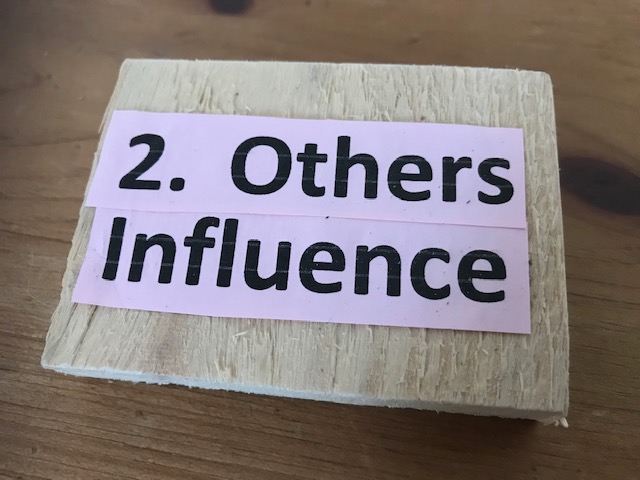 When we turn to the later lions-den incident, the appointed officials within the government are against Daniel, not the king himself. They’re seething with jealousy at how God had clearly favoured Daniel into the top-government position before them:

“Then the presidents and princes sought to find occasion against Daniel concerning the kingdom; but they could find none occasion nor fault; forasmuch as he was faithful, neither was there any error or fault found in him.” – Daniel 6:4

This made them contrive a plan to bring in a new law against Daniel’s faith in God, as there was no other way to catch the faultless Daniel:

“All the presidents of the kingdom, the governors, and the princes, the counsellors, and the captains, have consulted together to establish a royal statute, and to make a firm decree, that whosoever shall ask a petition of any God or man for thirty days, save of thee, O king, he shall be cast into the den of lions.” – Daniel 6:7

Either way, whether through an angry king or jealous officials, these kings and officials in both chapters were being used by satanic-forces to try and stop God’s faithful men from carrying out His will.

The central theme of these stories, and therefore the middle point, is how Daniel and his friends responded to God in such difficult circumstances. 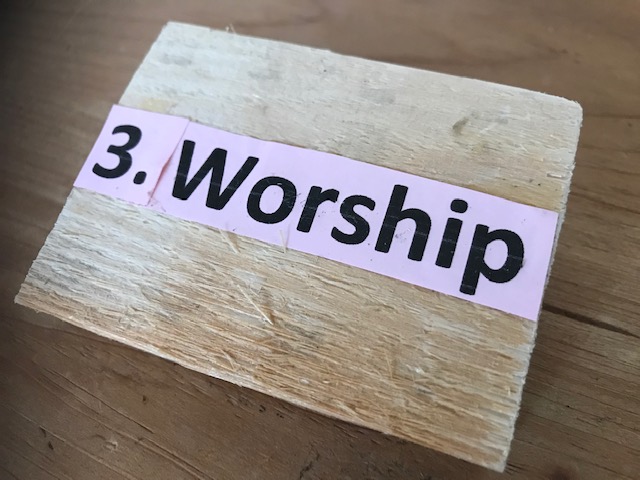 In chapter three, it was the fact that the three friends would not bow down to the golden statue when the music played - one of the Ten Commandments. There was no grey area, for example, still bowing down and pretending to tie-up their shoelaces and speak God’s praises under their breath.

And they clearly stated this, even if God wasn’t going to deliver them:

“But if not, be it known unto thee, O king, that we will not serve thy gods, nor worship the golden image which thou hast set up.” – Daniel 3:18

Later on, the king could see the blessing upon them for doing this:

“Then Nebuchadnezzar spake, and said, Blessed be the God of Shadrach, Meshach, and Abednego, who hath sent his angel, and delivered his servants that trusted in him, and have changed the king's word, and yielded their bodies, that they might not serve nor worship any god, except their own God.” – Daniel 3:28

In chapter six, Daniel continued to seek God and turn to Him in prayer even though the officials had forced a law against it. Obeying God’s laws was more important:

"Now when Daniel knew that the writing was signed, he went into his house; and his windows being open in his chamber toward Jerusalem, he kneeled upon his knees three times a day, and prayed, and gave thanks before his God, as he did aforetime.” – Daniel 6:10

The king was then happy to see Daniel completely unharmed from the lions resulting in him being prospered:

“Then was the king exceedingly glad for him, and commanded that they should take Daniel up out of the den. So Daniel was taken up out of the den, and no manner of hurt was found upon him, because he believed in his God.” – Daniel 6:23

For both stories, it was a case of worshipping God in obedience that was key to Daniel and his friends walking in God’s will.

There were two different forms of punishment in both these stories. 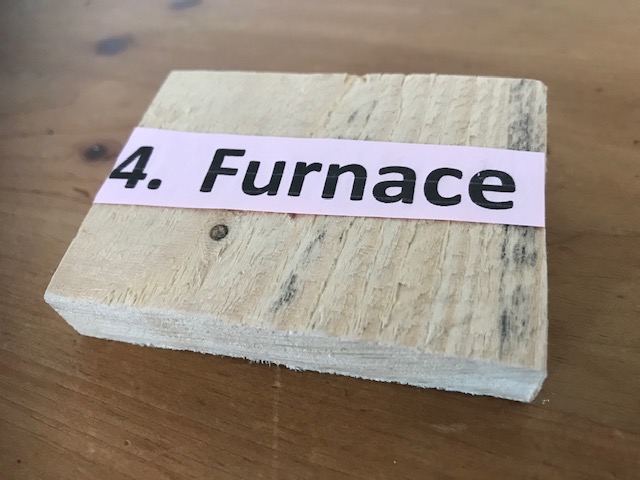 In chapter three, Daniel’s friends were placed in a furnace seven times hotter than usual, because the kings was so angry with them:

“Then was Nebuchadnezzar full of fury, and the form of his visage was changed against Shadrach, Meshach, and Abednego: therefore he spake, and commanded that they should heat the furnace one seven times more than it was wont to be heated.” – Daniel 3:19

The result was almost too good to be true; against all-natural means, they were untouched, which is only possible by Christ Himself being there to miraculously protect them, something that the king could see straight away:

“He answered and said, Lo, I see four men loose, walking in the midst of the fire, and they have no hurt; and the form of the fourth is like the Son of God.” – Daniel 3:25 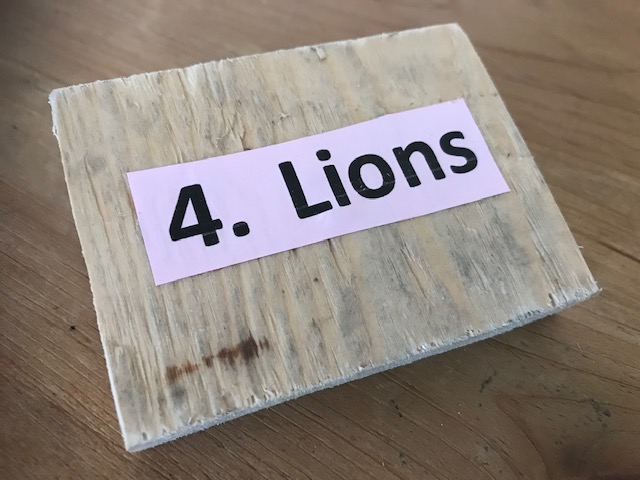 In chapter six, Daniel was to suffer by being eaten by a group of lions. He was placed in their den and sealed-up:

“And a stone was brought, and laid upon the mouth of the den; and the king sealed it with his own signet, and with the signet of his lords; that the purpose might not be changed concerning Daniel.” – Daniel 6:17

Again, Daniel was miraculously saved like his friends, this time by angels being there to subdue the lions out:

“My God hath sent his angel, and hath shut the lions' mouths, that they have not hurt me: forasmuch as before him innocency was found in me; and also before thee, O king, have I done no hurt.” – Daniel 6:22 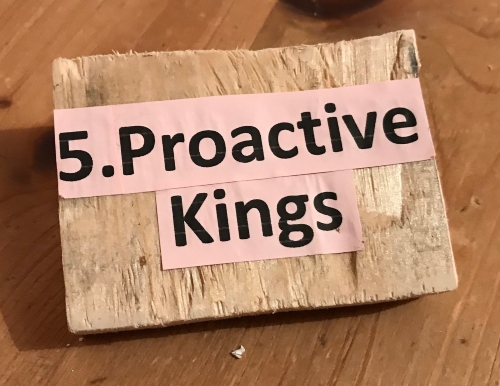 The final point is that although a king was acting against them in both scenarios, the way and willingness in which each king did this was different.

King Nebuchadnezzar, in chapter three, was proactive right from the start. He was the one demanding worship, he personally confronted them on this, and he finally instructed to kill them:

“Then was Nebuchadnezzar full of fury, and the form of his visage was changed against Shadrach, Meshach, and Abednego: therefore he spake, and commanded that they should heat the furnace one seven times more than it was wont to be heated.” – Daniel 3:19

Even after he acknowledged his mistake and their supernatural survival, he straight away made a decree against anyone opposing their God, and promoted all three friends:

“Therefore I make a decree, That every people, nation, and language, which speak any thing amiss against the God of Shadrach, Meshach, and Abednego, shall be cut in pieces, and their houses shall be made a dunghill: because there is no other God that can deliver after this sort. Then the king promoted Shadrach, Meshach, and Abednego, in the province of Babylon.” – Daniel 3:29-30 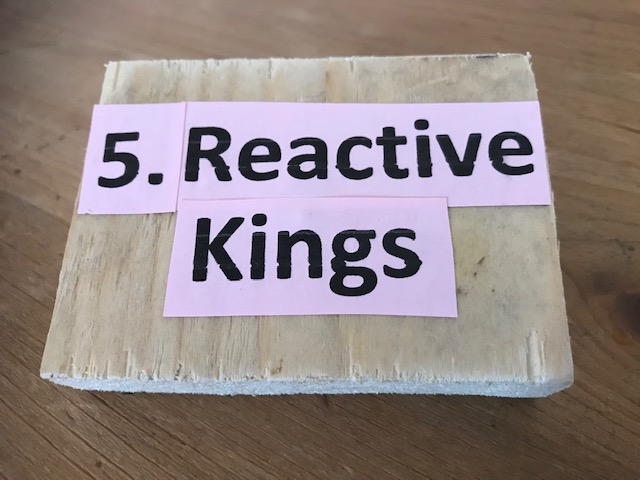 King Darius, however, in chapter six, was more reactive and even protective against Daniel, who was a lot older than around ninety years of age under the new Medo Persian empire.

The king had been tricked into agreeing to Daniel’s penalty for breaking a new law, and couldn’t even sleep that night Daniel was in the lion's den out of concern:

“Then the king went to his palace, and passed the night fasting: neither were instruments of musick brought before him: and his sleep went from him. Then the king arose very early in the morning, and went in haste unto the den of lions.” – Daniel 6:18-19

He soon dealt with Daniel’s accusers afterwards, and made a general declaration of God to the whole world rather than a more blatant threat to everyone like Nebuchadnezzar in chapter three:

“And the king commanded, and they brought those men which had accused Daniel, and they cast them into the den of lions, them, their children, and their wives; and the lions had the mastery of them, and brake all their bones in pieces or ever they came at the bottom of the den. Then king Darius wrote unto all people, nations, and languages, that dwell in all the earth; Peace be multiplied unto you. I make a decree, That in every dominion of my kingdom men tremble and fear before the God of Daniel: for he is the living God, and steadfast for ever, and his kingdom that which shall not be destroyed, and his dominion shall be even unto the end.” – Daniel 6:24-26

Two different kings and approaches, but the same outcome of God miraculously delivering those who were faithful in worship and obedience to Him.