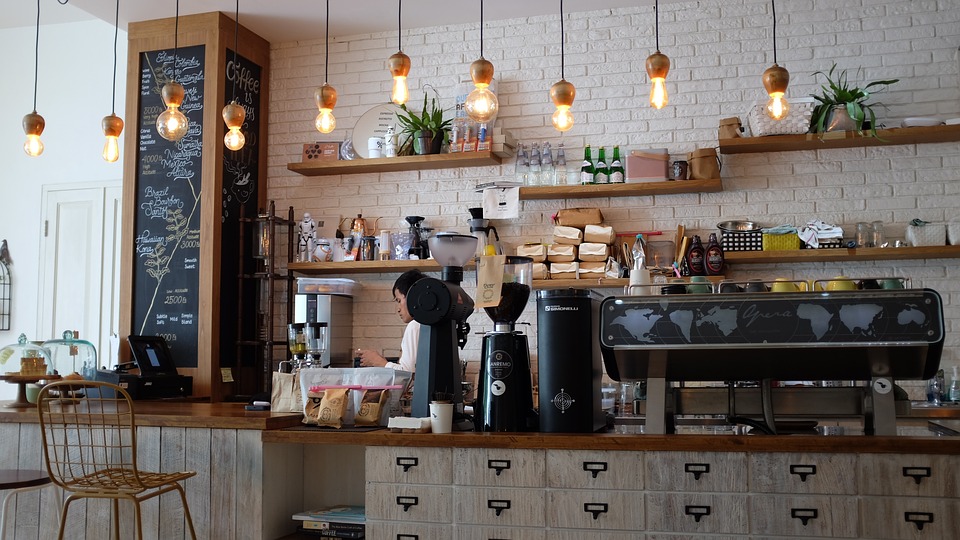 The bible often describes different ‘kingdoms,’ which are basically nations, governments, or dominions that organise or manage people. Therefore, people within such a kingdom will tend to stand for and reflect whatever principles exist within that kingdom's culture.

Therefore, God helps highlight what these worldly kingdoms are and what they really stand for.

So, to set the scene, if you imagine two coffee-shop brands that everyone knows about - Costa Coffee and Starbucks. And then let’s imagine individual Baristas working in each of these coffee shops.

It comes to light that Costa Coffee as an organisation has some questionable practices, which will eventually lead to individuals being involved with accusations and action from higher authorities like the government and HMRC.

This may sound a bit far-fetched; however, we are all aware of these types of things becoming more common in bigger company scandals that eventually become exposed.

(This is no way to infer that Costa is in this situation and that Starbucks is not – it’s just an example.)

The point is that the ‘system’ of Costa is not good. Although individual workers are there just doing a job and not directly involved in this, it all comes to an end. The company is penalised, then individuals will be affected on all kinds of levels from this - for example, redundancy, loss of benefits like pensions, and even personal liabilities if they were knowingly involved in any of the bigger company ‘issues.’

On the other hand, Starbucks is doing fine, although they are not as big and attractive as Costa upon first impressions. Again, a bit far fetched with Starbucks being who they are.

So as this all comes to light - one company being ‘wrong’ and the other being ‘right’ - leaving individuals to decide what to do. It is not their fault, and even within Costa Coffee, they are doing their job well, are highly trained and experienced Baristas, and at the end of the day are serving good coffee and making customers happy.

Therefore, in simple terms, individuals need to move to Starbucks, and all will be well - a job change. Still the same role effectively, but now under better covering and terms.

And to make it more interesting, even those in Starbucks and the better-option don’t actually realise just how good a position they are in. The bright lights and good impressions of Costa end up, causing them to move over to Costa - those short-term benefits are just too good to resist.

So, bringing this back to the bible, all these prophecies about kingdoms are there to warn us about what bigger-picture system we are part of and what spiritual power and issues actually dictate our fete there.

It’s not about us as individuals, just like Barista at either Costa or Starbucks, although it will eventually affect people as individuals.

And bringing all this to light shouldn’t offend anyone; in fact, it helps them out. Even when they realise that they have been in the ‘wrong’ system to date, it’s okay as God knows each person’s heart and personal salvation and walks with God; just like a good Barista is still a good Barista in whatever system.

As the saying goes, it’s time to wake up and smell the coffee. When it comes to looking at what kingdoms and ways we are really under and taking our attention, it’s time to have a reality check on things.

Firstly, realise that it’s about a set of values and ways that are separate from individuals. People fall in line and follow these, and in a spiritual sense, actually, end up worshipping these and the originator of the systems.

People can therefore be fine themselves but be in the wrong set-up. By simply re-adjusting to the correct one, they are in line with what they truly believe.

Secondly, these kingdoms relate to the spiritual world, and in short, good and evil. At the end of time, it will boil down to two simple ones - Christ’s and Satan’s. Our personal allegiance to whichever one will finally express what we truly value when it is all out in the open.

Therefore, these worldly systems, values, traditions, and ways are ultimately controlled by spiritual powers. These practical expressions will evolve and change over time, but the same master is behind them all.

Thirdly, even if you’re right as a person, if you’re still in the wrong kingdom as time rolls on then, it’s only a matter of time before you are personally affected by that system. Particularly as you become aware of the reality of these and still decide to partake in them.

A good example of this in the bible is Babylon's reference, with specific instruction to God's people to come out of it.

The challenge then is whether we’re going to let Him work His will through us, and even though we may not realise that we have been in the wrong ‘system,’ it's okay if we’re honest and we truly want to follow His ways from now on.